The Most Reverend James S. Wall 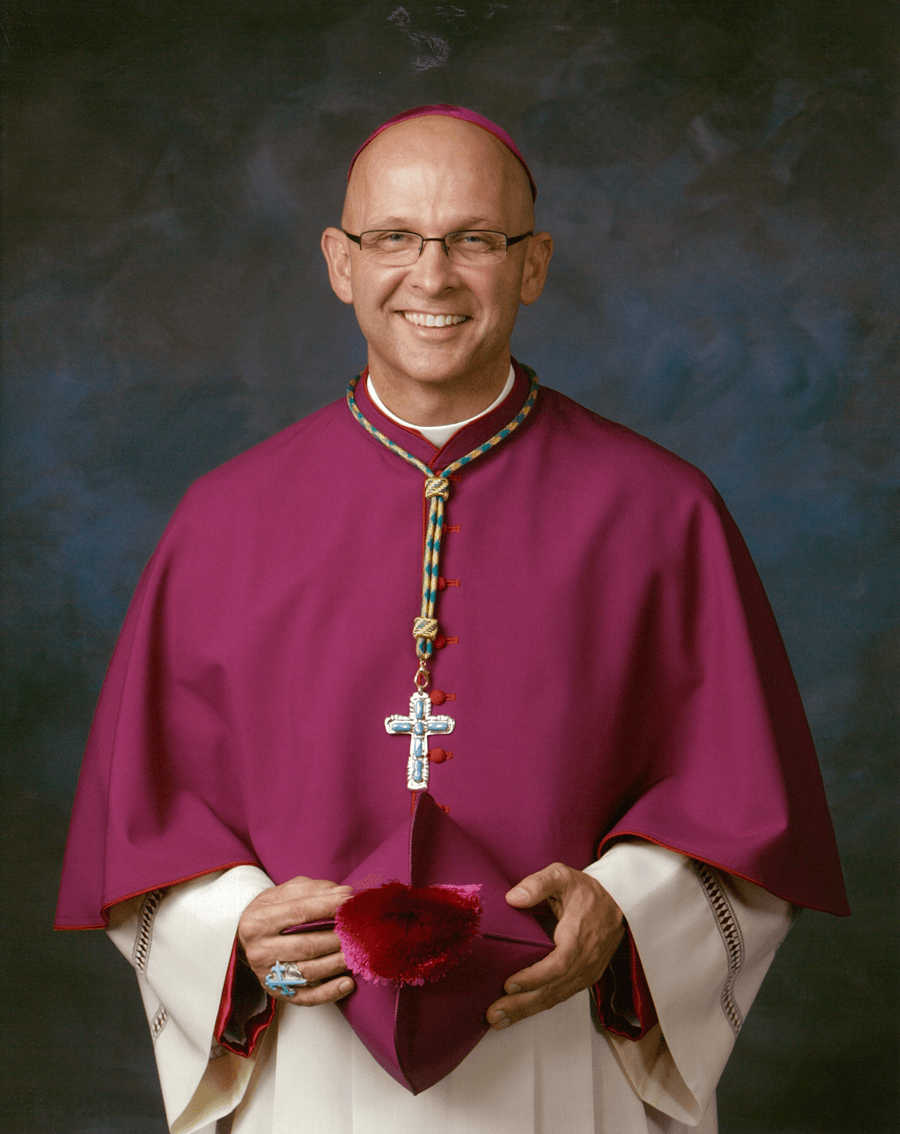 The Most Reverend James S. Wall, Fourth Bishop of the Diocese of Gallup

Bishop James S. Wall was born in Ganado, Arizona in 1964 to parents James A. Wall and Joan Wall. Along with his parents and five siblings, he continued to live in Arizona for his young adult life, attending public school in Chandler, AZ, and continuing to college at Arizona State University in Tempe, AZ, where he studied history.

Throughout college, he felt the call from God to become a priest, and after college entered St. John Seminary in Camarillo, California, and was ordained a priest on June 6, 1998 for service in the Diocese of Phoenix. He served as Parochial Vicar at Saint Theresa Parish from 1998-2001 and Saint Timothy Parish from 2001-2002. Bishop Wall served as Pastor of Saint Thomas the Apostle Parish from 2002-2007. From 2006 until his episcopal consecration he served as Vicar for Priests for The Most Reverend Thomas J. Olmsted, Bishop of Phoenix.

During his time in Phoenix, Bishop Wall was a member of the Presbyteral Council and College of Consultors. He served on the Natural Family Planning Board; as the Chaplain for the Phoenix Legatus Chapter; and as a spiritual adviser for Rachel’s Vineyard Retreats. He was a member of the National Advisory Council of the United States Conference of Catholic Bishops and an advisory Board member of the Institute for Priests and Presbyterate in St. Meinrad, Indiana.

On February 5, 2009, Bishop Wall was appointed by Pope Benedict XVI as the fourth Bishop of the Diocese of Gallup, and was consecrated and installed officially on April 23, 2009.

Bishop Wall’s episcopal motto is “Be Doers of the Word”, from the Epistle of St. James: “But be doers of the word, and not hearers only, deceiving yourselves (James 1:22).” This passage is to remind us that we must not only listen to the words of Christ, but put them into daily action, following the teachings of Our Lord.